Growing up in Virginia Beach, less than sixty miles north of Elizabeth City, I saw it as something exotic, our closest foreign place, somewhere I often thought about but never visited.    My friend Bill rode his bicycle down from Virginia Beach to Elizabeth City in about 1975, slept by himself in an abandoned house, and then rode back the next day.   Living in Chapel Hill, we met our great friend Martha who hails from Elizabeth City. I wanted to see her roots.

I parked the car on a street in the north part of town and put the bicycle together.

The style and architecture of the older neighborhoods here look different than anywhere else in North Carolina; more urban, with older wooden houses close together.  It looks a lot like the older parts of  nearby Portsmouth, Virginia. 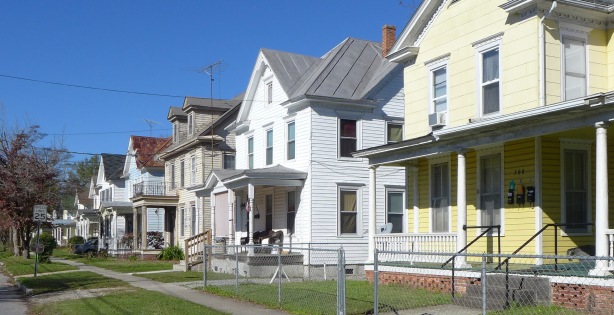 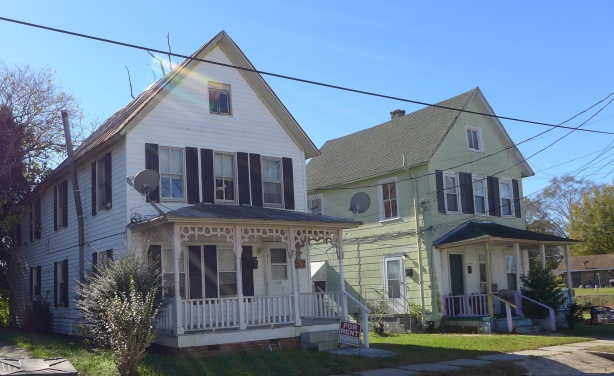 I really like this house, steep roof all the way to the third floor.

Their only skyscraper is the former Virginia Dare Hotel, built in 1927.   It is amazing how much of even current America was built between 1925 and 1929.  It is currently used as section 8 housing. 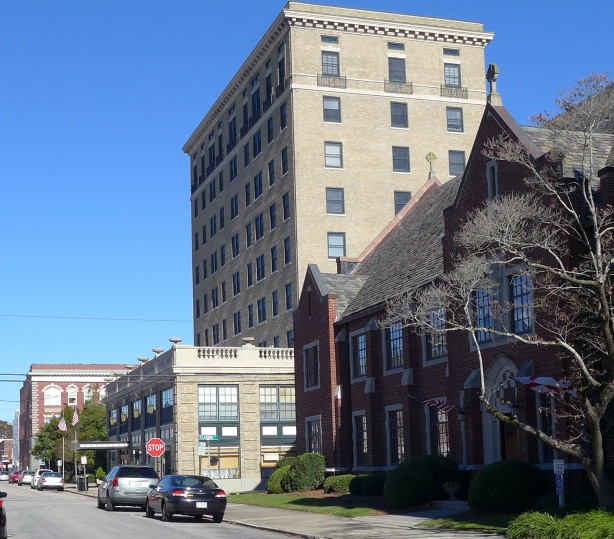 I ate lunch at the counter in Sidney’s downtown on Main Street.

After lunch I pointed the bicycle south to see how far I could go.

It first passed through the southern part of Elizabeth City, which clearly is the wealthiest part of town, houses opening onto the waters of the Pasquotank River, which leads into Currituck Sound.

I rode up to Martha’s family’s house, which faced the water.

I kept going south into the countryside, passing at a distance the huge Elizabeth City Coast Guard base.   It includes the huge WWII era blimp hangar, with the fin of a current airship visible nearby.

The road led south for about sixteen miles before ending in the water.   It felt like the end of the earth.  I turned around and road back to town, so I could drive home that same afternoon. 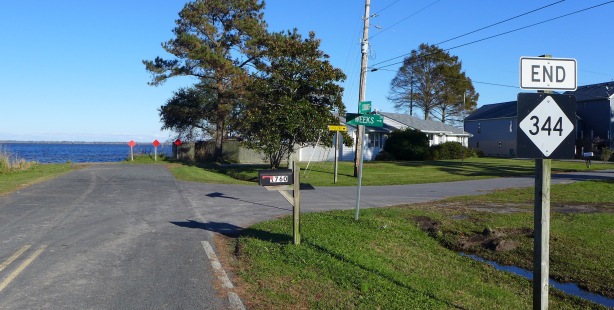